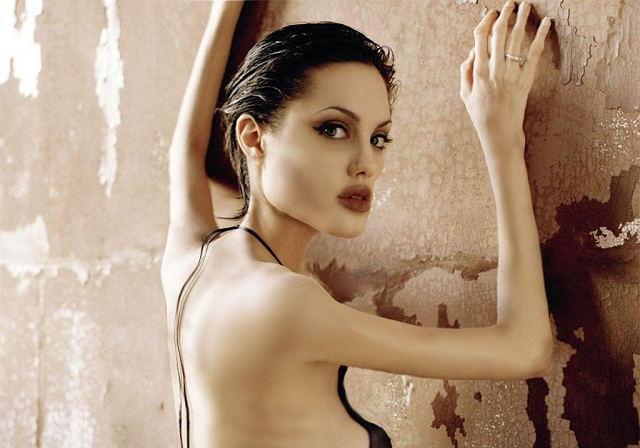 Anorexia nervosa is an eating disorder characterised by voluntary starvation and exercise stress. Anorexia nervosa is a complex disease, involving psychological, sociological and physiological components. A person who is suffering from anorexia is known as an anorectic (although the spellings anorexic and anoretic also exist) .

Characteristics of Anorexia Nervosa
The cause(s) of anorexia is a matter of debate in medical circles and society in general. General perspectives fit between the poles of it being physiological or psychological (with the potential for sociological and cultural influences being a cause to various degrees) in origin. Many now take the opinion that it is a mix of both, in that it is a psychological condition which is often (though not inherently) borne of certain conducive neurophysiologic conditions.

It is also thought to be linked to serotonin and dopamine abnormalities.

Many individuals who have obsessive-compulsive disorders also have an eating-disordered parent, presumably connected with shared genetic characteristics.

Anorexic subjects will often go through a cycle of recovery and relapse.

Psychological
Anorexia alters an individual’s body image to the point where they may see themselves as being fat and bilious irrespective of their actual size. This distorted body image is a source of considerable anxiety, and losing weight is considered to be the solution. However, when a weight-loss goal is attained, the anorectic still feels overweight and in need of further weight-loss.

The attainment of a lower weight is typically viewed as a victory, and the gaining of weight as a defeat.

“Control” is a factor strongly associated with anorexia, and an anorectic typically feels highly out of control in their life. However, the nature of the condition with respect to such psychological factors is highly complicated.

It is often the case that other psychological difficulties and mental illnesses exist alongside anorexia in the sufferer. Mild to severe manifestations of depression are common, partly because an inadequate calorie-intake is a well-known trigger for depression in susceptible individuals. Other afflictions may include self-harm and obsessive-compulsive disordered thinking (aside from such disordered thinking connected to their eating disorder). However, not all anorectics have any such problems besides their eating disorder.

Many anorectics reach a low level of bodyweight where hospitalisation and forced-feeding are required on a long-term or recurring basis in an attempt to keep them from literally starving themselves to death. It is an unfortunate fact that prolonged starvation will result in death as the body’s systems shut down, this in itself being the major danger-factor of anorexia aside from mental suffering and the risk of suicide.

Some anorectics may incorporate bulimic behaviours into their illness: binge-eating and purging themselves of food on a regular or infrequent basis at certain times during the course of their disease. Alternatively, some individuals might switch from having anorexia to having bulimia. While bulimia poses less of a mortal danger to life and limb, many who have suffered both say that bulimia involves more mental suffering.

Anorexia alters one’s body image so that one does not see the truth about oneself even when one looks in the mirror – to the anorexic mindset, there is no such thing as being too thin. Anorectics acknowledge their condition to different degrees – at one extreme, they do not see their “disease” as dangerous and resent being labelled as psychologically ill; at the other, they understand and accept that they have a problem, yet the anorexia still takes control over their thinking to fluctuating degrees. In ways not too dissimilar from people who have had cult programming or post-traumatic stress disorder, an anorectic may be “triggered” into manic disordered thinking by being exposed to certain words or conditions.

Some people eat unusually small amounts of food for reasons other than their own perceived obesity. Examples include those who fast for religious reasons, execute a hunger strike as a political statement, or are attempting to lengthen their lifespan through caloric restriction. Such individuals are not ordinarily considered anorectic, although some modern critics of religious asceticism have likened habitual fasting to anorexia.
Sociological
The mass media and advertorial marketing, such as beauty advertising, are also frequently viewed as being implicated in triggering eating disorders in teenage girls, although it has recently come to light that there appear to be girls exhibiting anorexic behaviours in remote parts of Africa that have not been exposed to modern forms of advertising. These girls link their self-starvation to religious causesù.

Although usually associated with western cultures, the exposure to western media has caused the disease to appear in some third-world nations.

In recent years, the Internet has enabled anoretics and bulimics to contact and communicate with each other outside of a treatment environment, with much lower risks of rejection by mainstream society. If an anoretic is already socially withdrawn, such a network of friends can be very helpful in bringing them back. On the other hand, the Internet is also a powerfull tool for people to isolate themselves. A variety of websites exist, some run by sufferers, some former sufferers, and some by professionals; attitudes on these sites range thru a no-holds-barred, tough-love “put it in your mouth” approach thru simple acceptance and even to promotion of anorexia as an “alternate lifestyle”.

In ways not too dissimilar from people who have had cult programming or post-traumatic stress disorder, an anorectic may be “triggered” into manic disordered thinking by being exposed to certain words or conditions.

Some people eat unusually small amounts of food for reasons other than their own perceived obesity. Examples include those who fast for religious reasons, execute a hunger strike as a political statement, or are attempting to lengthen their lifespan through caloric restriction. Such individuals are not ordinarily considered anorectic, although some modern critics of religious asceticism have likened habitual fasting to anorexia.

Treating anorexia
Successful treatment of, and recovery from, anorexia is possible but it can take many years. The earlier intervention arrests the course of the disease, the more successful the treatment is likely to be. Anorexia nervosa has the highest death-rate of all mental illnesses, with around up to 20% of anorectics eventually dying, usually from heart/organ failure or low levels of potassium. Once an anorectic reaches a certain weight, death becomes a very real possibility. The BMI (or body mass index) where this starts becoming a danger is generally around 12 to 12.5. (As a point of reference, a normal BMI is between 20 and 23, most “centrefold” models have a BMI of 18, and most fashion models come in at 17. An anorexic weight is usually defined as being below 17.5. Approaches include hospitalisation, psychotherapy, specialised anorexia treatment-centres, and family counselling. The prescription of psychotropic drugs such as antidepressants is also practiced. Support groups such as Overeaters Anonymous, which deals with eating disorders in general, can also be helpful.

Appropriate treatment of any present vitamin and dietary-mineral deficiencies, particularly in the common case of zinc deficiency, may be highly beneficial to the sufferer’s mental and physical wellbeing.

Anorexia is notoriously hard to treat, with sufferers often either emphatically denying that they are ill or paradoxically, accepting that they have anorexia, but seeing nothing wrong with their “lifestyle choice”.