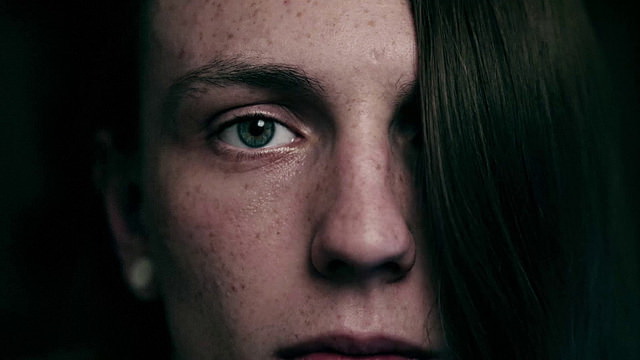 By now, the belief that depression is a biological disease that arises from an imbalance of serotonin and the improper function of neurotransmitters is widespread, with the typical course of treatment involving the long-term medication of these imbalances — a very lucrative prospect for Big Pharma.

Perhaps it is sadly unsurprising, then, that this belief about depression may be incorrect, and the adoption of it so widespread owing to the influence of the pharmaceutical industry. It is coming to light that this industry has been engaged in study suppression, falsification, strategic marketing, and the use of “financial incentives” to woo the field of academic psychiatry into agreeing with its favored approach, leading to a staggering 11 billion dollars’ worth of antidepressant sales in 2011 alone.

According to Dr. Ben Goldacre, the member of the Royal College of Psychiatrists and research fellow at the London Institute of Psychiatry, the issue of study suppression has a long and sordid history. Over the last 15 years, it was found that 50% of the 76 studies analyzed by Dr. Goldacre were positive and 50% were negative—and yet, only a few of the negative studies ever saw the light of day, with almost all of them remaining unpublished. In 2004 alone, approximately 50% of those studies that weren’t already suppressed by the pharmaceutical industry found that antidepressants have little more effect than a placebo on many of those with depression—and in children, they are even less effective.  Even in the “positive” studies, when one reads the “fine print”, one discovers that an antidepressant only has to be 10% more effective than a placebo to be deemed a useful drug. Ergo, every day, thousands of people are being prescribed drugs that only need to work about 10% of the time, and which often come with a significant list of harmful side effects.

Obviously, this kind of logic simply doesn’t mesh with real science, where theories must be correct 100% of the time to be considered truly valid.

In order to gain a better perspective on how to effectively treat depression, one must understand its actual causes. As is true of most things within the brain, these causes are complex and multifaceted, a product of the way one’s unique consciousness has formed in the brain throughout one’s developmental years (which is to say, right into young adulthood; the brain continues to undergo significant development right into one’s early 20s).

As we mature, our experience is engraved into the limbic-cortex as unfathomably complicated circuits of neuronal maps that are formed around how we process love, respect, deprivation, and abuse, creating our own unique consciousness. We then use this perspective to assess the world around us, filtering information through it and projecting social and situational outcomes based upon it, as if writing a play to ourselves as we go along.

Serotonin and the other neurotransmitters are, of course, involved in this process, creating the many signals our limbic cortical maps and neurons use and respond to. It is our conscious processes that guide the production of serotonin and these relationships, however; they do not guide or direct us. The patterns to which they adhere are entirely created by our experiences.

How, then, does depression come to feel so endemic and inescapable? When our internal “plays” become too damaged by negative experience (such as abuse), the scenarios they project reflect this, becoming more and more negative themselves, leading the individual to have an overall negative state of mind, expecting attack and humiliation from every angle.

As the afflicted individual attempts to combat this, to keep moving past the negative internal voices that predict doom, he or she overtaxes the brain’s ability to produce serotonin, leading to a shortage of it which creates the state of depression.

Simply adding more serotonin to this equation is a band-aid solution at best; what truly needs to be fixed is the way the brain processes information and the kind of predictions it makes about the world around it. Until these are shifted from negative to positive, depression can never be truly “cured” or even managed in an effective way.

The true treatment for depression is psychotherapy aimed at helping the depressed person re-write his or her internal plays in a safe environment. This therapy allows the patient to mourn traumatic experiences, attain closure on them, and then relearn how to navigate the world without negative assumptions creating the kind of taxing internal war that depletes the brain of serotonin. As this is accomplished, symptoms of depression tend to simply disappear by themselves.

It has been proven by numerous studies over the last decade that the brain is much more malleable (or “plastic”) than we previously believed, meaning that the idea we can change the brain by changing the way we think is in fact quite valid, and can successfully reverse the state we know as “depression”.

There is, on the other hand, no convincing evidence for the neurotransmitter disease model of depression; as is sadly the case with so much of modern medicine, we have been treating the symptoms, and not the disease itself, to the direct and immense profit of the behemoth that is the pharmaceutical industry. It’s time to bring our understanding of depression up to date with our understanding of the way the human brain actually functions and develops, thereby ending the needless suffering of millions.