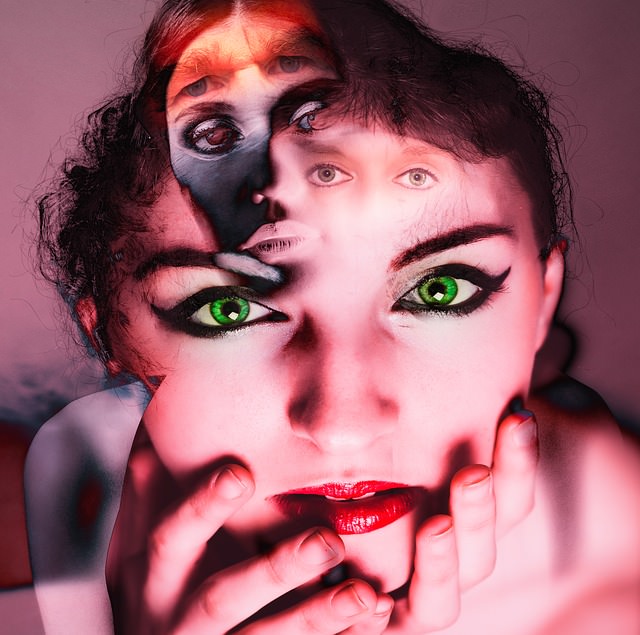 Researchers, such as Elizabeth Stannard Gromisch, have debunked the above misconception by showing that there is a difference between creativity and intelligence; creativity is instead the capacity for “divergent thinking”. Divergent thinking is not “better” or “worse” in quality than standard thinking, it is merely different to the norm. It is also a hallmark of creativity.

According to Gromisch, creative divergent thinkers tend to filter out less information from the environment around them than normal-thinking, less creative people do. While this may be distracting and at times overwhelming, it also leaves these people with more information available to them, information from which they may derive ideas and solutions which are different, or divergent—things others would not likely think of in that same situation. This, of course, is the quality of being insightful.

One must add to the above, in the case of the schizophrenic divergent thinker, the deluge of information that also arises from what the illness itself manifests in the environment, such as hallucinations. Ergo, what at first appears to be a “deficit” in cognitive functioning—the inability of the schizophrenic’s frontal lobe to filter out stimuli—is likely also key to their enhanced creativity.

This creative ability often goes under-utilized, however, because creativity without cognitive organization results in precisely the type of disorganization that is seen in many schizophrenics: The jumbled nature of “word salad”, for example, and the schizophrenic’s propensity for making loose associations. Sadly, a great deal of the average schizophrenic’s wealth of creative material winds up reflected in their self-constructed delusional systems. For the schizophrenic, divergent thinking is a gamble that is just as likely—or more likely—to result in error as it is to result in originality.

This propensity for error arises from not only the schizophrenic’s inability to filter information normally, but also from the non-normative experiences of schizophrenics. Their environments are rife with hallucinations and other stimuli that do not appear in the surroundings of other creative people, creating copious unprocessed material from which to draw either insights or cognitive errors. While the schizophrenic’s creativity may or may not be organized, their additional pseudo-sensory experience provides a wealth of material for creative thought that is greater than the norm.

Schizophrenics face additional challenges when processing this type of experience; trying to make sense of auditory hallucinations, for example, to objectively observe and understand them, is generally futile. These phenomena are, after all, arbitrary in nature, and often a projection of what the schizophrenic believes them to be—meaning that there is no way to assess and understand them without mutating them via one’s perceived interaction with them. As one writer on the subject so aptly put it, “it’s like trying to trace the shadow of your pencil with the tip of your writing instrument.”

In essence, it is not the experience of psychosis which precludes the ability to think creatively or logically about the psychotic experience; it is instead the combination of non-normative experience with an inability to filter excessive and seemingly irrelevant details of experience, thereafter emerging with logical, constructive, divergent and creative thought.

Owing to reduced frontal lobe activity and the inability to screen out details, the mind of a psychotic individual may be likened to a sieve where the holes are the wrong sizes, allowing aspects of mental and material experience to remain in the sieve in a disorderly array, rather than the mind being left with relevant chunks of material.

There is hope for the better utilization of all of this material, however; the most recent generation of antipsychotic medications often stimulate the increase of cognitive organization. This represents a wonderfully beneficial turnaround for many schizophrenics, as older antipsychotic medications were often reported to stifle thought of divergent kind (the possible exception being Clozaril, which has proven helpful in improving the organization of frontal lobe activity). Likewise, studies have found that when people (neurotypical or otherwise) discuss their feelings, the emotional centres in the brain, such as the amygdala, light up with activity—activity the frontal lobes are instrumental in managing and organizing. It is therefore likely that if schizophrenics are encouraged to think often, and in an organized way, about their experience, they will demonstrate greater frontal lobe activity.

With such therapeutic aid available, the material provided by the schizophrenic’s non-normative experience, coupled with divergent thinking, may allow for uncharted cognitive exploration.