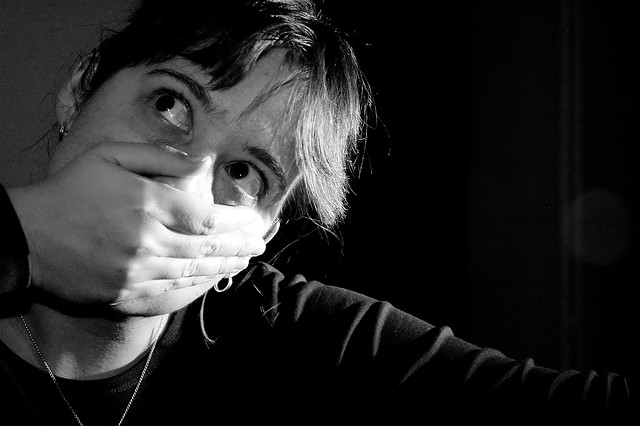 See thought disorder, grossly disorganized or catatonic behaviour negative symptoms, i.e., affective flattening (lack or decline in emotional response), alogia (lack or decline in speech), or avolition (lack or decline in motivation).
Note: Only one Criterion A symptom is required if delusions are bizarre or hallucinations consist of hearing voices.
B) Social/occupational dysfunction: For a significant portion of the time since the onset of the disturbance, one or more major areas of functioning such as work, interpersonal relations, or self-care, are markedly below the level achieved prior to the onset.
C) Duration: Continuous signs of the disturbance persist for at least six months. This six-month period must include at least one month of symptoms (or less, if successfully treated) that meet Criterion A.

Historically, schizophrenia in the West was classified into simple, catatonic, hebephrenic, and paranoid. The DSM now contains five sub-classifications of schizophrenia. These are:

catatonic type (where marked absences or peculiarities of movement are present),

disorganized type (where thought disorder and flat or inappropriate affect are present together),

paranoid type (where delusions and hallucinations are present but thought disorder, disorganised behaviour, and affective flattening is absent),

undifferentiated type (psychotic symptoms are present but the criteria for paranoid, disorganized, or catatonic types has not been met).

Treatment
Psychotherapy or other forms of talk therapy may be offered, with cognitive behavioural therapy being the most frequently used. Schizophrenia is typically controlled by medications.

This may focus on the direct reduction of the symptoms, or on related aspects, such as issues of self-esteem, social functioning, and insight. There have been some promising results with cognitive behavioural therapy.

Alternative medicine tends to hold the view that schizophrenia is primarily caused by imbalances in the body’s reserves and absorption of dietary minerals, vitamins, fats, and/or the presence of excessive levels of toxic heavy metals. The body’s adverse reactions to gluten are also strongly implicated in some alternative theories (see gluten-free, casein-free diet).