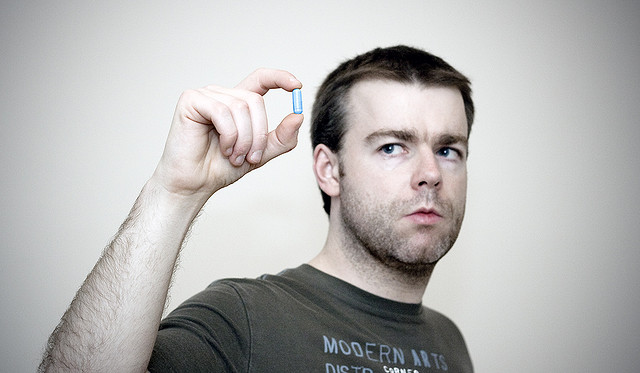 Venlafaxine hydrochloride is a prescription antidepressant first introduced by Wyeth in 1993, and marketed under the tradename Effexor®. It is used primarily for the treatment of depression, generalized anxiety disorder, and social anxiety disorder in adults. The chemical structure of Venlafaxine is designated (R/S)-1-[2-(dimethylamino)-1-(4 methoxyphenyl)ethyl] cyclohexanol hydrochloride or (±)-1-[a [α- (dimethylamino)methyl] p-methoxybenzyl] cyclohexanol hydrochloride and it has the empirical formula of C17H27NO2 • HCl. It is a white to off-white crystalline solid, distributed in capsules of 25mg, 37.5mg, 50mg, 75mg, and 100mg.

Effexor is somewhat notorious for its withdrawal symptoms upon sudden discontinuation. These have a tendency to be stronger than the withdrawal effects of many antidepressants, but are similar in nature to those of tricyclic antidepressants and SSRIs such as Paroxetine (Paxil®). These effects may include headache, nausea, fatigue, dizziness and dysphoria. Antidepressant withdrawal effects do not indicate addiction, but are rather the result of the brain attempting to reach neurochemical stability. These can be minimalized or avoided by tapering off of the medication over a period of weeks.

Side effects may include: