The Critical Role of Nutrients in Mental Health 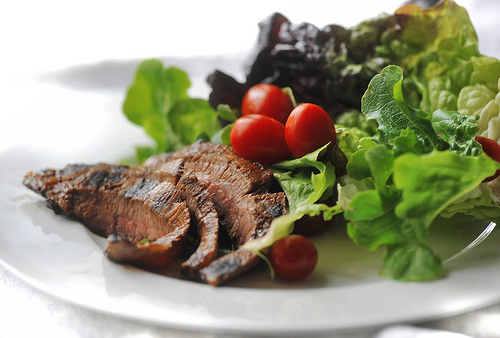 Each of us has innate biochemical factors which influence mental health, immune function, allergic tendencies, and more. Scientists tell us that the number of different genetic combinations possible in a child from the same two parents exceeds forty-two million. It’s interesting to note that we do not possess a combination of characteristics from our parents, but instead have a diverse collection of characteristics from many ancestors on both sides of the family.

Except for identical twins, each human being has unique biochemistry resulting in quite diverse nutritional needs. Shakespeare was correct when he wrote, “One man’s meat is another man’s poison.” For example, some of us are genetically suited for a vegetable-based diet and others are not. Some people can satisfy their nutritional needs by diet alone and others must have nutritional supplements to overcome genetic aberrations.

Because of genetic differences in the way our bodies process foods, most of us are quite deficient in certain nutrients and overloaded in others. Even with an ideal diet, most of us have certain nutrients that are at very low levels causing us to require many times the RDA (Recommended Daily Allowance) to achieve a healthy balance.

The nutrients in overload must be carefully avoided in vitamin supplements or serious health problems can develop. After studying the biochemistry of 10,000 persons, I’ve learned that the greatest mischief is usually caused by nutrients that are stored in excessive amounts, rather than those at depleted levels. The most common nutrients that are stored in overload include copper, iron, folic acid, calcium, methionine1, manganese, choline2, and omega-6 fatty acids3. Of course, these same nutrients may be in deficiency in other persons. [Note: Some technical terms are explained at the end of this article.]

I am amused by supplement manufacturers who attempt to develop the ideal combination of vitamins, minerals and amino acids for the general population. This is a bit like trying to determine the ideal shoe size for the population. The truth is that multiple vitamins and minerals are too indiscriminate and may do as much harm as good.

Each of us should ask the question, “Who am I nutritionally?” The answer to this question is important for all, but may be especially critical for persons with mental health problems.

As we enter the new millennium, the medical and scientific communities agree on the tremendous influence of neurotransmitters4 on behavior disorders, “ADHD” (Attention Deficit Hyperactivity Disorder), depression, and “schizophrenia.” People can have a predisposition for these problems due to genetically aberrant levels of specific neurotransmitters. Our mental health is dependent upon having the proper amount of these critical brain chemicals.

Some psychiatrists express their scorn for nutrient therapies, claiming that they are too puny to have any real clinical potency. They often say, “You really need a drug to get the job done for a serious condition like depression.”

My favorite response begins by asking the question, “Where do our neurotransmitters come from?”

The brain is a chemical factory that produces serotonin, dopamine, norepinephrine5, and other brain chemicals 24 hours a day. The only raw materials for their syntheses are nutrients, namely, amino acids, vitamins, minerals, etc. If the brain receives improper amounts of these nutrient building blocks, we can expect serious problems with our neurotransmitters.

For example, some depression patients have a genetic pyrrole disorder which renders them grossly depleted in vitamin B-6. A pyrrole is a basic chemical structure that is used in the formation of heme, which makes blood red. Pyrroles bind with B6 and then with zinc, thus depleting these nutrients. These individuals cannot efficiently create serotonin (a neurotransmitter) since B-6 is an important factor in the last step of its synthesis.

Many of these persons appear to benefit from Prozac, Paxil, Zoloft, or other serotonin-enhancing medications. However, as with all mind-altering drugs, side effects occur and the true cause of the mental difficulties remains uncorrected. Similar – and more healthful – benefits can be achieved by simply giving these patients sufficient amounts of B-6 along with supporting nutrients.

Most neurotransmitter problems appear to be genetic in nature and involve abnormal absorption, metabolism, or storage of key nutrients. As neuroscience advances, biochemical treatments to correct brain chemistry become better defined. Nutrient therapy can be very potent and does not involve side effects, since no molecules foreign to the body are needed. This therapeutic approach may eventually eliminate the need for most psychiatric medications.

The Pfeiffer Treatment Center has amassed a large database of biochemical information from more than 10,000 patients with mental health problems. Examination of this data shows that most of these persons have striking abnormalities in specific nutrients required for neurotransmitter production. The most common chemical imbalances we encounter include the following:

Many persons who suffer from anxiety along with depression are over-methylated. Methyl is an important chemical group consisting of one carbon and three hydrogen atoms (CH3). Over-methylation (too many added methyl groups) results in excessive levels of the neurotransmitters dopamine, norepinephrine, and serotonin. Typical symptoms include chemical and food sensitivities, underachievement, upper body pain, and an adverse reaction to serotonin-enhancing substances such as Prozac, Paxil, Zoloft, St. John’s Wort, and SAMe6. They have a physical tendency to be very depressed in folates (a form of folic acid), niacin and Vitamin B-12, and biochemical treatment focuses on supplementation of these nutrients. These persons are also overloaded in copper and methionine (a sulfur-containing amino acid) and supplements of these nutrients must be strictly avoided.

Many patients with obsessive-compulsive tendencies, “oppositional-defiant disorder7,” or seasonal depression are under-methylated, which is associated with low serotonin levels. They generally exhibit seasonal allergies and other distinctive symptoms and traits. They have a tendency to be very depressed in calcium, magnesium, methionine, and vitamin B-6 with excessive levels of folic acid. These under-methylated persons can have a positive effect from Paxil, Zoloft, and other serotonin-enhancing medications, although nasty side effects are common. A more natural approach is to directly correct the underlying problem using methionine, calcium, magnesium, and B-6. SAMe, St. John’s Wort, Kava Kava, and inositol (a natural sugar alcohol) are also very useful in treating these individuals.

A common problem in “ADHD,” behavior disorders, and hormonal depression is a physical inability to control copper, zinc, manganese, and other trace metals in the body due to improper functioning of metallothionein – a small protein synthesized in the liver and kidney in response to the presence of some metal ions8, including zinc, mercury, cadmium, and copper. It binds the metal ions tightly and is important both in ion transport and in detoxification.

These patients are often deficient in zinc and manganese, the amino acids cysteine and serine, and vitamin B-6. They are commonly overloaded in copper, lead, and cadmium. They must avoid supplements and “enriched foods” containing copper. In addition we recommend they drink bottled water and limit use of swimming pools and jacuzzis treated with copper sulfate anti-algae agents. Foods to be limited due to high copper content include shellfish, chocolate, and carob.

Elevated copper levels are associated with hormonal imbalances and a classic symptom is intolerance to estrogen. Biochemical treatment focuses on stimulation of metallothionein using zinc, manganese, cysteine, serine, and vitamin B-6.

A common feature of many behavioral and emotional disorders is pyroluria, detectable as a purple (on testing paper) metabolite in urine called “the mauve factor.” Pyroluria is an inborn error of pyrrole chemistry, which results in a dramatic deficiency of zinc, vitamin B-6, and arachidonic acid (an omega-6 fatty acid). As noted earlier, certain pyrroles called kryptopyrroles (literally, “hidden pyrroles”) bind with B-6, then zinc to deplete the body’s supply. Common symptoms include explosive temper, mood swings, poor short-term memory, and frequent infections. These patients are easily identified by their inability to tan, poor dream recall, abnormal fat distribution, and sensitivity to light and sound. The decisive laboratory test is analysis for kryptopyrroles (the “mauve factor”) in urine. Treatment centers on zinc and B-6 supplements together with omega-6 essential fatty acids.

Our database indicates a significant number of our patients have chronic low blood glucose levels. This problem doesn’t appear to be the cause of behavior disorders, depression, etc., but instead is an aggravating factor which can trigger striking symptoms. Typical symptoms include drowsiness after meals, irritability, craving for sweets, trembling, anxiety, and intermittent poor concentration and focus. Treatment includes chromium, manganese, and other glucose-stabilizing nutrients, but the primary focus of treatment is on diet. These patients benefit from six or more small meals daily with emphasis on complex carbohydrates and protein. In essence, they cannot tolerate large meals or quick sugars. Complex carbohydrates provide the necessary glucose in a slow, gradual manner and may be thought of as “time-released” sugar.

Occasionally we encounter a patient whose condition has resulted from a heavy-metal overload (lead, cadmium, mercury, etc.) or toxic levels of pesticides or other organic chemicals. Our database indicates that persons with a metallothionein disorder are especially sensitive to toxic metals and that over-methylation is associated with severe chemical sensitivities. Effective treatment requires a three-part approach: (1) avoidance of additional exposures, (2) biochemical treatment to hasten the exit of the toxic substance from the body, and (3) correction of underlying chemical imbalances to minimize future vulnerability to the toxic material.

Although only 10% of our database case histories involve serious malabsorption, more than 90% of autistics exhibit this problem. There are three primary classes of absorption problems: (1) stomach problems, including excessive or insufficient HCl (hydrochloric acid) levels, (2) incomplete digestion in the small intestine, and (3) problems at the brush-border, the tiny villi9 that tremendously increase the surface area of the intestine, where most nutrients are absorbed into to the blood stream. The consequences can include nutrient deficiencies, irritation of the intestinal tract, candida, and mental health problems. Incomplete breakdown of protein and fats can adversely affect brain neurotransmission, and is associated with impulsivity and academic underachievement. Treatment depends on the type of malabsorption present and may involve adjustment of stomach HCl levels, digestive enzymes that survive stomach acid, nutrients to enhance digestion, and special diets.

The brain is 20% fat (by dry weight) and these fatty substances fulfill very important functions. The myelin sheaths which surround our brain cells contain essential fatty acids that are directly involved in nerve receptor formation and nerve transmission. A 1998 Symposium at the National Institute of Mental Health presented strong evidence of the important roles for omega-3 oils (especially EPA an DHA10) and omega-6 oils (especially AA and DGLA11) in “ADHD,” depression, and “schizophrenia.” A recent Harvard study showed EPA and DHA supplements to be more effective than psychiatric medications in combating “bipolar depression.”

Nutrients play a critical role in mental health. They are the building blocks of the nervous system. Correct testing and understanding of deficiencies and overloads can pinpoint the causes of many severe mental symptoms, thus opening the door to hope and recovery.