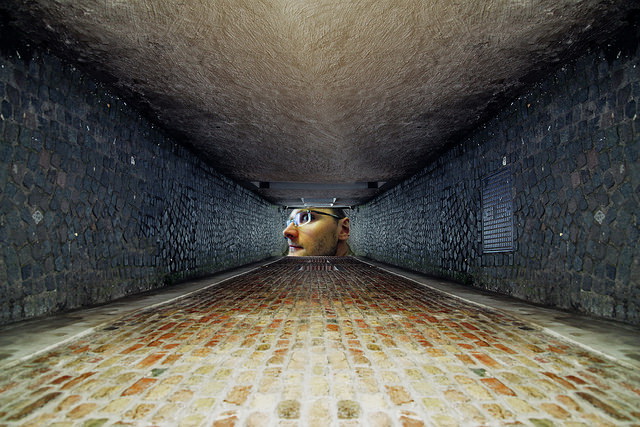 According to the Merriam-Webster dictionary when used in the more general everyday language, cognitive means, “relating to, being, or involving conscious intellectual activity (as thinking, reasoning, or remembering)”. To simplify this, let’s consider this as having to do with how we think.

How we think is a very basic rudimentary process. When we are sitting around with a group of friends and somebody asks, “Do you remember…” and others nod in the affirmative they are using their cognitive resources in their most basic form. This type of cognitive use is often informal.

In the contemporary scientific world of psychology add the word behavioral to cognitive and you change the whole meaning of the word from a description of how we think to why we think in certain ways.

All of us carry within us a given set of reactions or responses to our thoughts. For most those responses pose no significant problem. We have become accustomed to behaving in certain ways when faced with different events. The exception are those who temporarily or chronically experience their thoughts as out of the range of normal, a condition sometimes referred to as distorted thinking.

It is in the why of cognition that additional ideas can cause maladaptive behaviors to occur. Think about it this way, if you are presented with solving a simple math equation such as 2 + 2 =?, little effort is needed to come up with the answer. Add into that mix the numeric values of 3.97, 52, and -12.5 and decisions become more challenging. Yet, in both cases you use your well learned HOW cognitive processes. As the problem or mental association become more complex there is no simple and learned HOW cognitive process to point out. Cognitive behavioral therapy focuses on WHY you thought the way you did and selected this particular HOW process. In other words, in the psycho-therapeutic world of behavioral cognition the therapist focuses not so much on how you came to behave in certain way, but rather why are you behaving this way?

Was it a part of the normal pattern of thinking that pushed you into anxiety and depression, or are there unique circumstances that caused you to step outside the lines of how you think? There are reams of paper dedicated to telling us how we think. Most sit in the archives of world-wide scientific research. Early in the practice of how we think was and remains an act of making choices between this or that. It’s really fairly black and white. We face decisions, we react automatically to those decisions, and then go on our merry way. This is how we think.

As long as the inquiries remain at the how level of cognitive functioning they are not challenged to recognize their behaviors. If a person is in therapy to attempt to resolve a pattern of criminal shop lifting and they are asked, ”why do you do this?”  and they respond with “I don’t know,” or “Just because it’s something I want,” or other non-specific information they are functioning at the how level of cognitive thinking.

In his book “How We Think” John Dewy introduced us to critical thinking which as used here describes the why of our thinking.

This brings us to the crux of behavioral cognitive therapies. When a client chooses to engage in therapy it is usually because something is out of synch. Their behaviors don’t match how they think they should behave. This out of synch reaction causes distress, confusion, anxiety, and a host of other maladaptation’s. Try as they might the client can’t seem to get their behaviors under control

Let’s consider a client who believed that asking for a divorce was the only rational cognitive solution to their situation. This person presented for therapy as someone who believed themselves to be in a dysfunctional marriage. Not because of spousal abuse, cheating, or any of the other legitimate reasons for divorce. Their issue was that they simply believed that the grass was greener on the other side of the fence.

They had developed a pattern of manipulative behaviors to create an atmosphere of discontent, thus giving them a reason for divorce. In their guilt it was their own fault this was the only way out. Their negative behaviors escalated.

If asked the why question about their cognitive behavior they cannot provide a reasonable answer. Their answers are self-protective, shallow, and with little cognitive substance.

As therapy continues the client may begin to gain a glimpse of insight. They might report their latest sabotage technique and suddenly say “God, that’s really stupid.” Here, the door into the why of their cognitive behavior may open a crack. The skilled therapist will then be able to facilitate further opening of that door.

While correcting distorted thinking sounds like a simple process, it isn’t. It requires the participant to have the insight to identify behaviors related to distorted thinking, acceptance of such thinking as distorted, and a willingness to modify or relearn a more positive cognitive process. The challenge for many is finding that balance  between behavior and cognition.