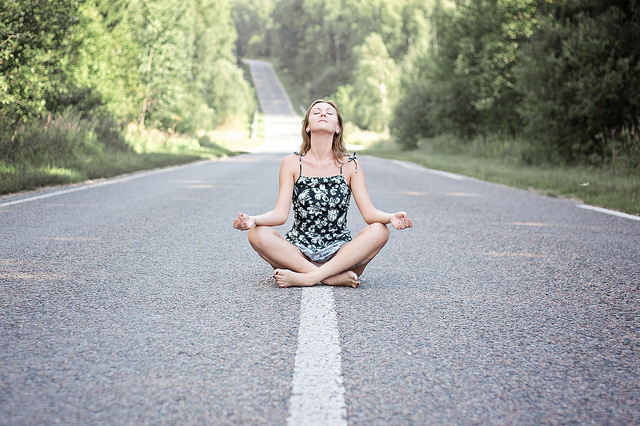 In the doublespeak marketing world of Madison Avenue it seems that every new product introduced share a common identity. Each one is “New and Improved.” Which, if you think it raises about the question, how can something new be improved?

And so it goes with mindfulness. A new and improved approach in the world of psychology or a long-hidden gem adapted to today’s clinical world? Let’s take a look.

Mindfulness fits within the family of meditative approaches. Here the mind is trained to turn away from the distractions of everyday life and is focused on a single point of reference. Rich in tradition, mindfulness offers its users a method of synchronizing their internal world with reality. Words like harmony, well-being, and balanced come to mind.

With its origins many centuries ago in the Eastern ways of Buddhism, mindfulness has come into its own in the western world of psychology in the last quarter of the 20th century.  Even now, it is primarily used as one of several techniques available to the client in therapy.

Among those who recommend its use are medical professionals, religious and secular spiritualists, personal coaches, and psychologists / psychotherapists.  It comes with high marks for its use. Here, it hangs with the others of its ilk, like:

Of these meditative approaches mindfulness may well be the most popular of meditations practiced in the western world today. Most known mindful meditation is “Vipassana” and with its emphasis on being present in the moment, the person meditating actually learns how to see their mind at work.

An advantage of mindfulness is that over time and through practice it becomes an active participant in one’s life, present when needed. I refer to it as an early warning system wherein it can alert you to events, situations, even people that may trigger a negative reaction from you.

For some, this description has a very Pollyannaish feel to it. In its purest form it certainly is not the product of the scientific community. Among the premises of scientific study done within the western way, to validate mindfulness requires independent review, study, and testing. To date the amount of empirical study completed on mindfulness remains limited.

Therapy is generally defined as treatment intended to relieve or heal a psychological disorder. There are any number of methodologies or combinations of clinical approaches used. In and of itself and for the reasons stated above, mindfulness is not broadly considered a form of psychotherapy. This article will argue that while this may be true, it does deserve consideration as such.

The Place of Mindfulness in Treatment

In my work as a therapist the place of mindfulness took on some interesting characteristics. As I thought about recent visits with a number of therapist peers, it seemed that several had a book on the power of mindfulness on their desk. Not text books, but easily read narratives focusing on getting the most out of life using mindfulness. Other than for a brief acknowledgment of the elephant in the room any discussion of mindfulness did not take place. Why, I never found out.

I was left pondering the details of mindfulness among my peers. The subject of using mindfulness as a therapeutic approach didn’t come up as a part of ongoing in-house training, peer reviews, or staff meetings. Two things did surprised me with these encounters. First, when I would bring the subject of mindfulness up, my peers would not be very forthcoming about the topic. The second observation was that there were no men reading the material. I’m not sure how to evaluate these observations other than I found them interesting.

As one of the post-modern treatments, the place of mindfulness has yet to be solidified. In many cases mindfulness serves as a co-partner with other therapies. A review of current literature shows that it is a strongly recommended part of a client’s treatment toolkit. Depending on how it is used mindfulness can reduce anxiety, depressive symptoms, stress, improved relaxation, and generally take the edge off.

Others are put off by the lack of a scientific approach to the study of mindfulness. While they may be accepting of its use as an adjunct therapy, in no way is it sufficient unto itself.

The Place of Mindfulness as Treatment

Acceptance of mindfulness as an independent and valid therapeutic technique by some of the classic psychology community remains in question. In spite of resistance to gaining a larger role as a valid and independent approach, it does maintain an important role within the clinician’s therapeutic modality. This raise another question, will mindfulness become one of these options?  but can it be one of those modalities? In increasing numbers relevant work directed at the place of mindfulness as therapy is being offered. The focus of much of this work is reflective of the commitment to cognition within western world psychology.

One of the views where mindfulness seems to fit is integrative medicine. It is here, with its emphasis on the healing of the mind, body, community, and spirit that mindfulness as therapy seems to match well. Inherent within the current focus of treatment is the clinician/client relationship. It is more a relationship of shared responsibility and participation than ever. As such, having mindfulness as an available choice seems to make sense.

Incorporating different situational techniques in treatment such as journaling, aspects of CBT, skill training and development, and dialogue the client (and therapist) has the opportunity to apply mindfulness in life.