Redefining ‘Crazy’ as a stereotype for Mental Disorders 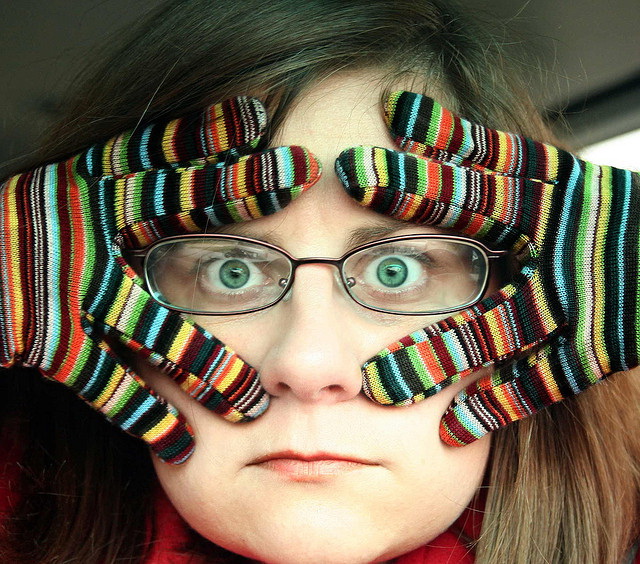 Even though we live in a world that is becoming more accepting of our differences there remains pockets of misunderstanding. Let’s take the area of mental illness as an example. Still today “crazy” remains more than just a word. For many, it is an umbrella under which people with all forms of mental illness lie.

How often do we hear others refer to the odd behavior of someone as they’re being crazy? This inference carries over into our everyday lives as synonymous with someone being mentally ill. It is reminiscent of the parable of “Cast the first stone.” Judgments are often hastily made when in fact we may be judging ourselves.

While concrete data are difficult to find, one report from the Congressional Research Service issued in February of 2014 indicates that somewhere between 30 and 40% of the adult population in the U.S. have a diagnosable mental illness. These figures suggest that even among those who continue to refer to others as crazy may also be a part of the same group.

In this article we will make an effort to clear the air about the stereotypes we use. This will include what constitutes a mental disorder, the spectrum of mental conditions, and the treatment of mental illness. An important premise in understanding mental conditions is their inclusion into the overall categories of medical conditions.

We will be using four sources. These are current data, experience, the Diagnostic and Statistical Manual of Mental Disorders, fifth edition (DSM-5), and the International Classification of Diseases – 9 (ICD). The ICD-9 serves as the guide for all medical conditions.

Odd, weird, different, crazy are some of the terms used to describe another when how they act is outside the norms we have come to expect of others. Sometimes these behaviors may seem eccentric, perhaps a bit comical. In other instances, it may simply be that there is something about a person, some sinister element that sets of internal alarms.

We all have experienced encountering someone who talks to themselves, encounters their environment with suspicion, has unusual muscle ticks, or makes strange sounds. In other cases it may be someone we know a friend or relative whose odd behaviors have kept them isolated from the “normal” world.

Mental illness is a vast category of symptoms and behaviors serious enough so as to impair the persons functioning within the norms of society.  In some instances, these impairments may be well hidden and compensated for. For many other mentally ill people their symptoms and behaviors can range from mild to severe

While we may not know what the cause of the odd behaviors is, intuitively we know that there is something different going on.

The Spectrum of Mental Illness

Here are some important facts about mental illness.

With 15 broad categories identified in the DSM-5 these are the most often diagnosed ones:

Others in the most diagnosed categories include schizophrenia, bipolar, addictions, and anxiety.

Within these categories are specific to age related conditions, gender specific diagnoses, neurological and psychological disorders, and genetic disorders affecting the function of the brain.

The area of mental illness and disorders include a large spectrum of conditions. This presents a significant challenge to those who identify and treat mental conditions.

Unlike most other medical conditions where treatment is readily available and those needing it are encouraged it get it, having a mental disorder can often create additional barriers to treatment. The reasons are many and include:

The mental health system: In the late 1950’s there was growing concern over the high number of mentally ill people being warehoused in hospitals. Advocates argued on two fronts, not only for their discharge, but for their freedom as well. The basis for discharge were that these patients were being institutionalized against their will and with some support most patients could function in the open society.

The arguments were heard and the changes implemented, leaving most mentally ill people free to accept or reject involvement with the system.

Patient resistance: As a direct result of the labeling and finger pointing associated with being mentally ill patients are choosing to go without treatment. In many cases this has had a devastating effect.

Social stereotyping: There is a fascination among the population with so-called “crazy” people. Articles, books, and films depicting the actions of a very small minority of the mentally ill abound. These people become societal anti-heroes. Examples include Theodore Bundy, Charlie Manson, the film ”Silence of the Lambs”, and many more.

How do people with mental disorders deal with their situations?  For those who can afford it, private treatment, including inpatient care if needed is obtained. In these cases the negative social barriers associated with mental illness are completely bypassed. At the other end of the population are the homeless. They avoid treatment by their lifestyle.

The challenge remains, how does a society remove the stigma attached to mental illness? Two suggestions: improved integration of mental illness treatment by the medical system, making access less threatening and improved public education and awareness regarding mental illness.